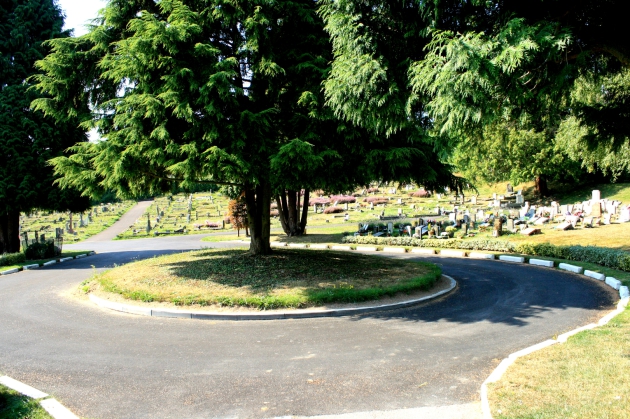 80 years ago, a Special Parish Meeting was held at the school on Monday 3rd June, 1929. The business before the meeting was the adoption of the Burial Acts 1852 ­1906. The attendance was small, possibly owing to the busy fruit season being at hand.

The Chairman, Cllr. W. H. Abraham, opened the meeting by reading the public notice convening the meeting. He next gave a resumé of the position, reminding the meeting, that as a result of a letter from the Vicar the Rev. Evan Jones, informing the Council that the churchyard at St. John the Evangelist Church was almost full, the Council had at once taken action and elected a sub-committee to gather information and to inspect suitable sites.

The sub-committee went to work at once and very soon had sufficient data to warrant the adoption of the Burial Acts. The meeting that night had been called for that purpose. The Council required a resolution from the meeting adopting the Burial Acts before anything more definite could be done.

Following further discussion it was stated that the Council recommended about 2 to 3 acres to allow for future expansion. They would probably only need to use an acre which they estimated would last at least 50 years allowing for a steady increase in population. A further Special Parish Meeting was held at the school on the 28th October, 1929. The meeting was called to sanction the Council's proposals, to approve the purchase of the site and to sanction application to the Minister of Health for consent to a loan in connection with the provision of a new Burial Ground. The Chairman, Cllr. W. H. Abraham explained that the Council had finally decided on the land owned by Miss D. Redman and proceeded to outline the Council's proposals and asked for resolutions as stated above.

Cllr. C. H. Lewry said he had great pleasure in moving "That this Special Parish meeting give consent to the proposals of the Council and approves the purchase of the land for the purpose of providing a Burial Ground" Cllr. C. Taylor seconded. There was no amendment, the Chairman then declared it open for discussion.

The Clerk, by means of a sketch of the proposed site on a blackboard, pointed out the salient points, this assisting those present to more clearly visualise the proposals. This showed the ground to be divided into three sections with a central pathway, the end farthest from the road entrance to be used first; this section contained approximately 700 grave spaces 9' x 4'.

Clerks to Council during this time were either George Hales (1919 -1929) or Herbert Smith (1929 -1958). By Conveyance dated 13th April, 1930 between Miss Daisy Redman and Hedge End Parish Council as the Authority for the execution of the Burial Acts 1852- 1906, by virtue of their statutory powers and with the consent of a Parish Meeting purchased land in Albert Road for the princely sum of £350.00, part of a £700 loan from the Ministry of Health to purchase and lay-out the land.

A table of fees/payments and sums, under sections 34 of the Burial Act, 1852 was approved by the Minister of Health and signed 28th February, 1933 and included the fee for the exclusive right of burial in perpetuity in an earthen grave at 15 shillings, today's equivalent of 75 pence. 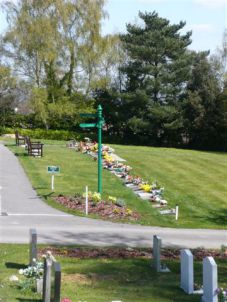 From the first interment on 21st October, 1931 to date the Burial Registers record a total of 2,155 burials at Albert Road Cemetery. In 1981, the cemetery was designated a Lawn Cemetery, and therefore, sections C, D, F. G and Cremation Section J, together with the area of rest designated to children and infants, Sections I and K, were to remain laid to lawn. On 9th October, 1998 the re-interments of those likely to have been interred within St. Johns Churchyard between 1874 – 1908, took place in Albert Road Cemetery. Today, the Town Council prides itself in managing and maintaining an essential amenity for the Parishioner.

The staff who manage the cemetery are often complimented for the peaceful and tranquil place of rest it provides and they seek to maintain a professional and sensitive service for the community. The cemetery is a place of rest for both grave and cremation interments.

In just a few years time the cemetery space will be exhausted and with this in mind the Town Council are currently seeking Outline Planning permission to develop a new cemetery on its land in Kanes Hill.

The Story of The Morant Family can be read here. Learn about the tragic events that befell this Hedge End family in June 1941, during WWII. 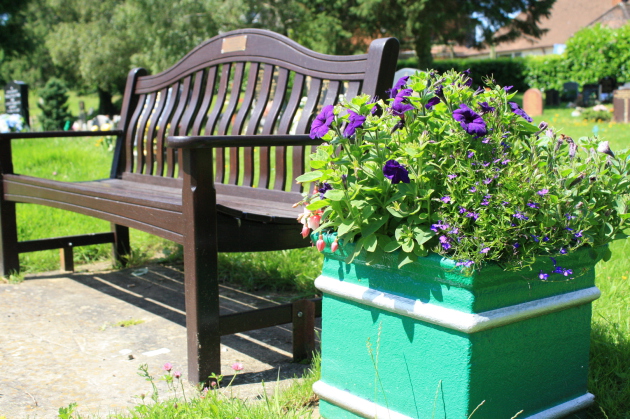