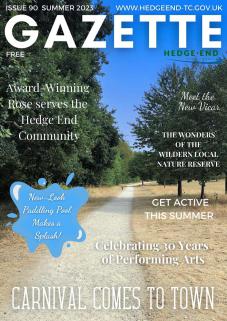 Nominate a local hero who has helped others and made a positive difference in Hedge End.

Our thanks to everyone who joined us to plant around 450 trees at Dowd's Farm as part of The Queen's Green Canopy initiative. 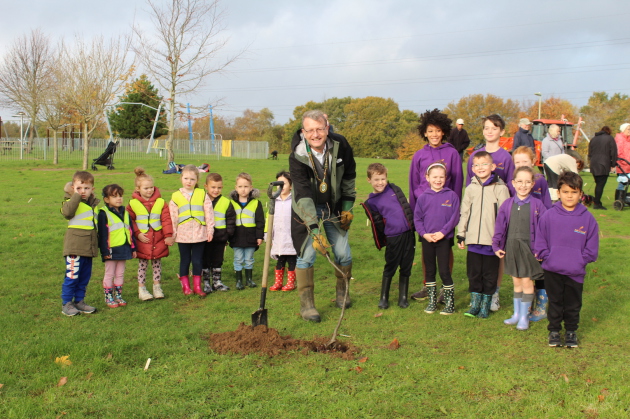 Chair of Hedge End Town Council Cllr. Cliff Morris is joined by children from Wellstead Primary School and Little Wisp Preschool to plant the first tree, an oak, at the new community woodland at Dowd's Farm in memory of Queen Elizabeth II.

We had a wonderful morning planting a new Community Woodland in memory of Queen Elizabeth II at Dowd's Farm on Thursday 24th November.

Children from nearby Wellstead Primary School and Little Wisp Preschool came along with other volunteers to help plant 450 native saplings. They chose the species to put in the ground and were given a certificate.

Chair of the Council Cllr. Cliff Morris dug in the first oak tree. He said "It's a brilliant intiative and a chance to help preserve our green spaces for the future.

Our thanks to Cllr. John Jupe and Cllr. Jane Welsh and everyone who came along to get digging!

The Queen's Green Canopy (QGC) is a unique tree planting initiative created to mark the Platinum Jubilee in 2022. It invites people from across the United Kingdom to 'Plant a Tree for the Jubilee'.

The Queen's Green Canopy is proud to be creating a living legacy with over a million trees planted in Her Majesty's name across the nation.

Trees planted within this initiative will be included on an interactive map. 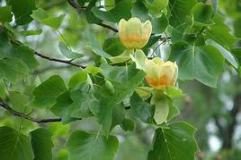 The tulip tree was planted in St John's Recreation Ground in October.  It forms part of the Platinum Jubilee Queen's Green Canopy iniative. The council obtained a grant for the tree. 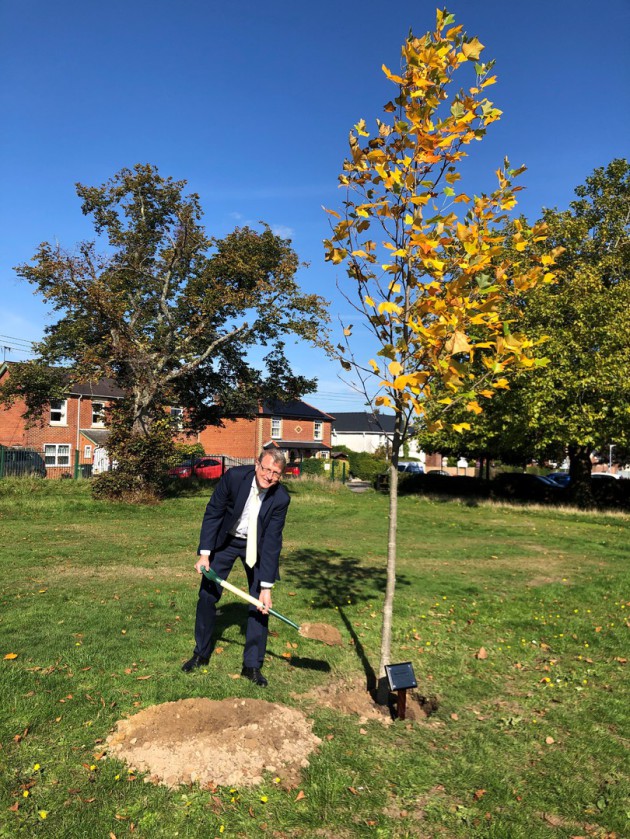