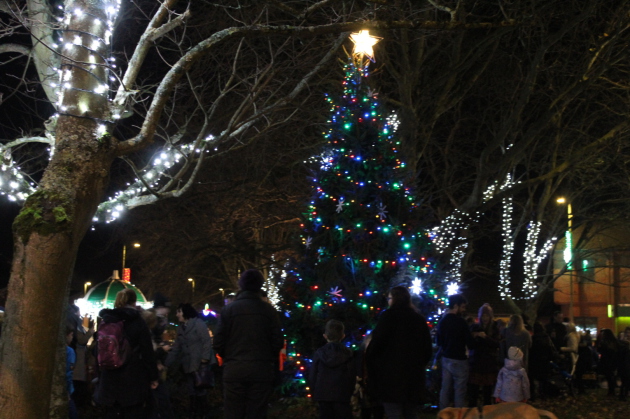 This year the weather was cold but most importantly dry for the Annual Christmas light Switch On. Residents turned out in growing numbers throughout the evening to support the event held in the local village centre, which took part on Thursday the 28th of November.

Hosted each year by Hedge End Town Council and headed up by Councillor Maggie Allingham, the event had some very special guests including St John's ambulance and our local PCSO, alongside Father Christmas and his elves who brought a great deal of joy to little ones attending.

Live performances and Christmas stalls created a fantastic Christmassy atmosphere, on the build-up to the Switch on which took place at 6pm, hosted by the Mayor of Eastleigh Councillor Darshan Mann alongside the Carnival Queen and Court. The countdown began and in those final moments, the Mayor hit the big red button which lit the Christmas tree and surrounding area with festive lights to signal the beginning of Christmas in Hedge End.

Hedge End Town Council would like to say a special thanks to everyone who attended and created a wonderful atmosphere, and to all who participated.

A big thank you to the Grounds Staff for all their hard work also.