Congratulations to all the award winners this year.

This year the Annual Parish Assembly took place on the 14th of May at the 2000 Centre, Town Council Offices, and it could not have been a happier occasion with a great turn out from the community! The weather made for a glorious evening, where the Parish Assembly was joined by the newly appointed Mayor of Eastleigh Cllr. Darshan Mann and retiring Town Council Chairman Ian Corben, to help handout some of the very special awards and certificates to those who have shown hard work and dedication over the past year.

Hedge End Town Council awarded three categories this year, Young Persons Serving the Community, Best Cultivated Allotments, and Youth Awards, which was met by a round of applause by those in the audience recognising their achievements.

The Annual Parish Assembly also offers Councillors a chance to share with the community updates and reports surrounding Hedge End, such as Finance, HEWEB and Committee groups, which were given by Town Council Chairman Ian Corben, Deputy Mayor of Eastleigh Cllr. Cynthia Garton and Cllr. Jane Welsh. This was closely followed by Nigel Paterson of Kings Community Church.

The Awards for the evening are as Follows: 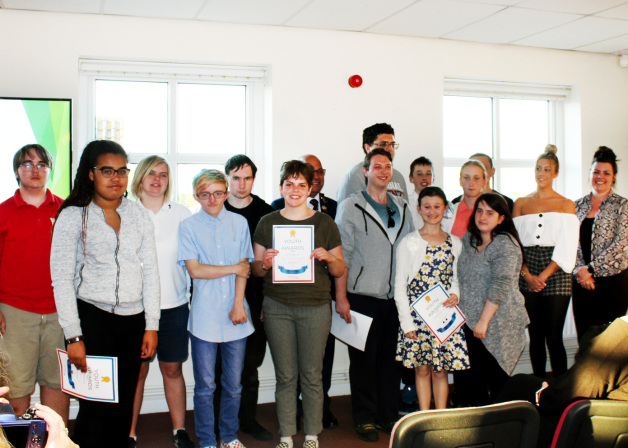 Hedge End Town Council would like to thank all who attended and made the Annual Parish Assembly a wonderful evening for all involved.