75th Anniversary of the D-Day Landings 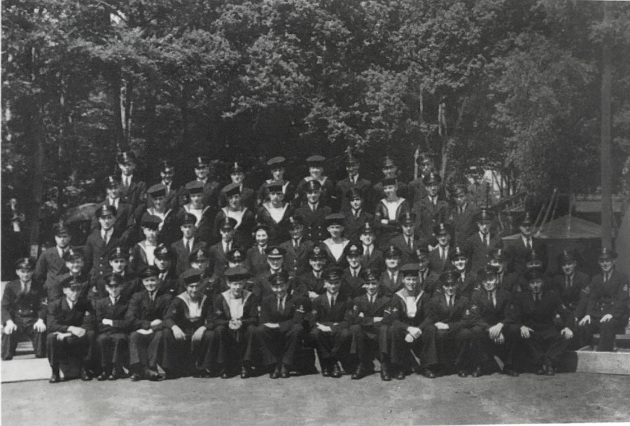 A WW2 staff photograph taken at HMS Cricket. Royal Marine landing crew trained at the base on the build up to D-Day. Image provided by Stephen Tanti from the book 'Hedge End a view from the past'.

D-Day Remembered
The Hamble River is clear and blue reflecting a summer sky
Children play around the water’s edge, the white dove flies on by.
From youth to age many years do pass each travel our destined way,
I thank my god that I am here on this Remembrance Day.
Within the calmness of my mind I hear the marching host
I see each face, with radiance, bright these are, no timorous ghosts.
The lion with the eagle, they lead this great parade
In truth and honour each are born with courage never to fade.
With the “Spirit of the Time” endued each answered their country’s call
For justice, equality, fraternity they freely gave their all.
By George Thomas Patterson
A member of the Royal Marines (Portsmouth Division)
he served in Europe, Mid and Far East (British Pacific Fleet).
Based at HMS Cricket 1944

The Hedge End Town Council Wishes to Remember All Those that Served and Lost Their Lives, So We Could Have a Brighter Tomorrow.

Whilst Hedge End was not a military establishment, this little village did very much play its part in the D-Day landings through the HMS Cricket base which was located where River Hamble Country Park is today. Now known as ‘The Crickets’, a part of the woods between the village and the River Hamble at Hoe Moor. It was the secret training base for the flotilla of landing craft taking men, tanks and supplies across the channel from Warsash and Hamble.

HMS Cricket was the name given to the Royal Navy shore establishment during WW2, which in 1943/44 provided accommodation and training for the crews of some of the thousands of assault craft that took part in the D-Day landings.

Constructed in 1943 and chosen because it was a good location to sea and well hidden among the trees. The base held up to 4000 men in the weeks leading up to D-Day. The troops lived in 110 Nissan huts, each holding up to 24 men in total. From 23 May 1944, during the final preparations for D-Day, the base was completely sealed. It was reported that before D-Day a bomb fell on the camp and was reputed to have killed twenty-two sailors.

As D-Day approached, the area became a hive of activity, with soldiers camped on the recreational ground and convoys of tanks and lorries parked in the shelter of the tree lined roads awaiting their turn to embark on the armada of invasion craft assembled in and around Southampton Water and the River Hamble. 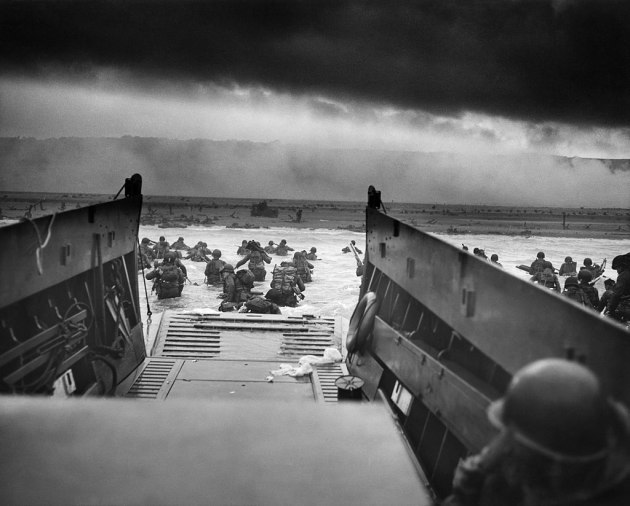 As the Cricket camp’s men embarked for the Normandy beaches; many did not return. D-Day often known as the largest seaborne invasion in history. The total number of allied servicemen who died on D-Day was about 3000, with another 8,000 dying by the end of the month, this included 606 flotilla and other supporting flotillas.


It was decided to close HMS Cricket after the end of the Second World War, a decision taken on 1 March 1946. The last arrivals were on 20 May 1946 and Cricket was probably decommissioned on 15 July 1946, three years after commissioning.

The Build up to D-Day, May- June 1944, masses of troops of every nation, jeeps, trucks & lorries in every road & lane in Hedge End and the surrounding areas. Then Suddenly the next day they were all gone.

I didn't like the war, it was very frightening. The noise of bombers & bombs coming down exploding. That's what made me scared of thunder and lightning.

My job of the day was at Hamble on the spitfires, sewing & dapling the tails of the plans. Now they are metal, but in those times they were fabric leading up to D-Day. The roads were lined with tanks and lorries with one large tank parked outside my house in Hedge End.

All quotes from letters by residents of Hedge End, collected by Stephen Tanti. 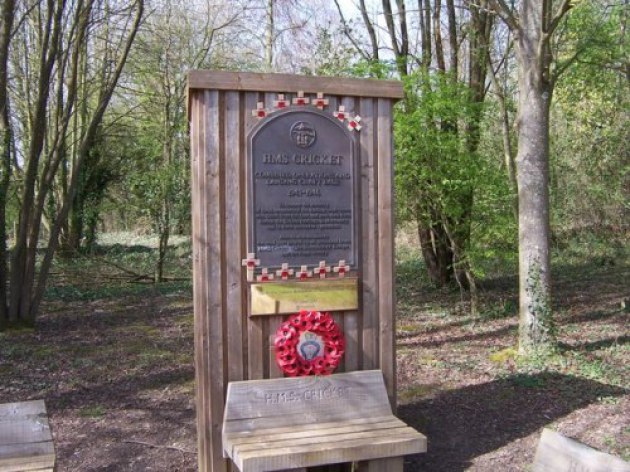 There now stands a memorial located in Manor Farm Country Park which commemorates the naval base HMS Cricket which was located here. 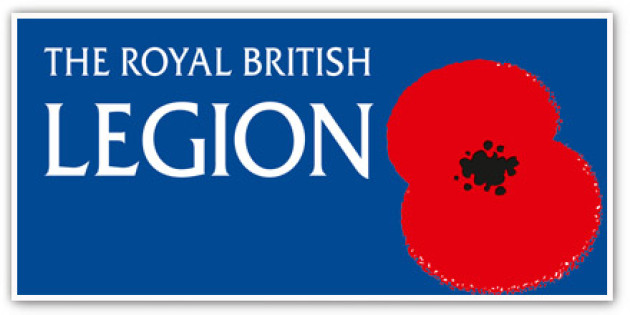 Whether you are in urgent need of support, are keen to become a member or you want to find out more about how you can support the Legion.

The Royal British Legion pop In Centres can be found along High Street’s across the UK. There is a team which will welcome you, answer your questions as well as provide expert advice and guidance.

Southampton Pop In centre is at the same location as our Dorset and Hampshire Area Office at 104 Above Bar Street, Southampton SO14 7DT.

Opening hours: 10am to 4pm, Monday to Friday.

Arrive by bus: a wide range of buses stop just outside our centre.